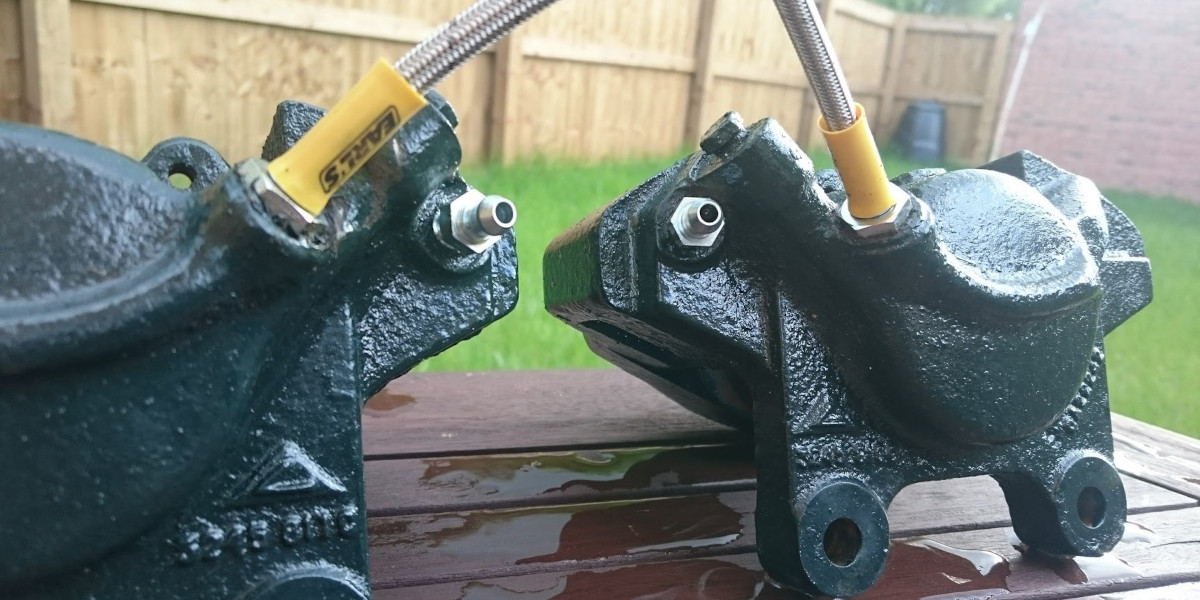 Nasty grinding noises have led to an upgrade with more financial gains than technical ones. Recently all of a sudden the brakes on the 2000 started grinding badly. A quick inspection through the spoke told of a badly scored disk on one side and a badly pitted disk on the other. The pitting was no surprise but the scoring was more concerning. It turns out a pad lining had disappeared! 3 nice meaty pads, one with nothing left at all.
With that in mind it was clear that the car needed new pads and disks. So I jumped online saw the price of a new set and let out a squawk. I had been reading about a Stag conversion which provides a slightly larger disc and piston size using the same mountings and pads. I checked the price of these and found that a pads/disk kit was almost half the price!! In the end the new disks, pads, second hand calipers and stainless braided brake lines it still all came to around the same price!

For those looking at doing the conversion, its no more complex that changing the disks anyway. Oh and you need 14″ wheels, the stock steelies wont fit but 2000S/Stag alloys work. The only extras steps are changing the 2000 back plates to Stag ones (if you have them, not crucial) and also detaching the pipe work from the caliper and reattaching it so that adds bleeding into the process which wouldn’t be necessary on a simple disk change.

Another point to note that wasn’t made clear elsewhere until I ran into the issue is that the 2000 disk to hub bolts are significantly longer than the Stag hub bolts and so a new set is needed.